Protect Your Ears, Surf for a Lifetime

You’ll forget they’re even in your ears.

An affordable earplug for surfers that fits comfortably, won’t block your hearing and is hard to lose.

Super soft silicone and unique tapered design creates a snug fit for most ears. Easy to insert and designed to stay in place.

Easy to hear through

Innovative, ultra-thin membrane allows sound in, so you can chat to your mates in the line-up and stay connected to your surroundings.

“These are the best plugs on the market.”

After trying SEKI earplugs, I won’t go back to any other brand. They’re the best you can get. They block out all the water and wind. I also like how clearly you can hear and how comfortable they are, and I know they’re protecting my ears.

“These are the best plugs on the market.”

After trying SEKI earplugs, I won’t go back to any other brand. They’re the best you can get. They block out all the water and wind. I also like how clearly you can hear and how comfortable they are, and I know they’re protecting my ears.

Without protection, you are at risk.

Nothing should stop you surfing; it’s what you live for. But every year, tens of thousands of surfers worldwide are forced to have expensive, painful surgery for a totally preventable condition called ‘Surfer’s Ear’.

Surfer’s Ear is caused by overexposure to cold wind and water, stimulating bone growth (exostosis) in your ear canal.

It happens gradually so you don’t notice the damage being done. The results vary between recurrent ear infections, excruciating pain, costly surgical procedures and hearing loss.

Worst of all, you’ll spend weeks out of the water in recovery.

Don’t risk your hearing, or your surfing. Order

“SEKI plugs allow me to stay in the water for longer, more often.”

“I’ve used everything from swimming products to Blu-Tack and found that SEKI plugs do exactly what I need. They keep my ears warm and dry, while still allowing me to hear while I’m surfing. They allow me to stay in the water for longer and more often.” 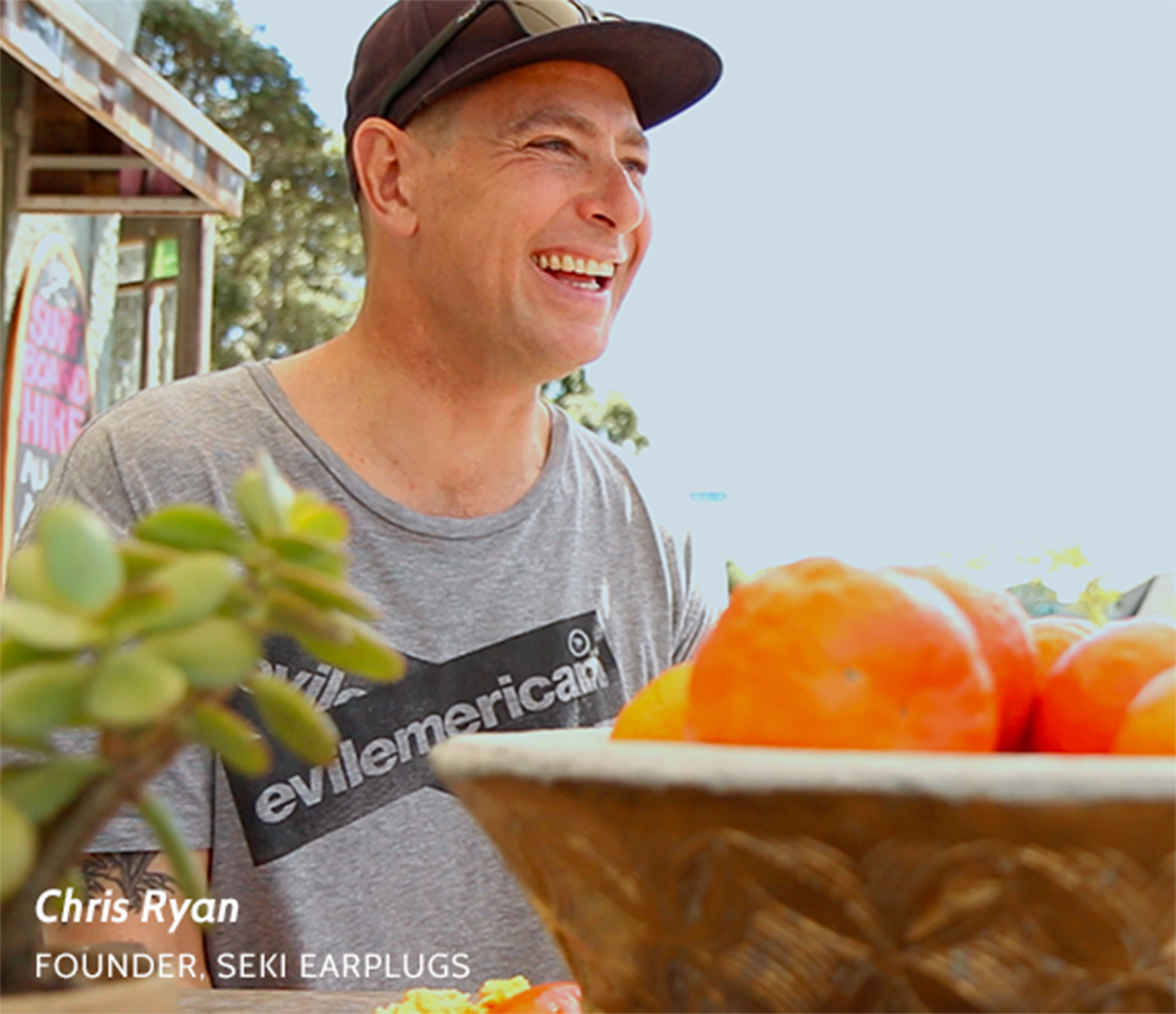 SEKI founder Chris Ryan knows the pain of surfer’s ear as well as anyone.

As a mad-keen young surfer growing up in New Zealand, Chris never thought about protecting his ears. Even as the symptoms of surfer’s ear set in, he still chose not to wear earplugs.   As Featured On TV – watch the story behind the creation of the SEKI Ear Plugs Brand

After 15 years of stabbing ear pain, hearing loss, infections and repeated no-surfing periods, he finally had surgery. Having his right ear sliced open, drilled out and stitched back together was harrowing enough for Chris to start using earplugs.“I went and bought the best earplugs I could find. First surf, it was pumping. I put these plugs in my ear and had to keep pushing them back in. On about my third wave I came up and one earplug was gone. That was $35 down the tube. I was fuming!”

The Kiwi designer set about creating the earplugs he wanted to use. He formed a business team, invested in research and development, spent 800 hours interviewing surfers and testing his prototypes among Mavericks chargers like Matt Becker, Hunter Murison and Luca Padua.

Two years later, Seki earplugs dropped into the market – designed to keep surfers in the water for a lifetime.

“I want to be surfing with my grandkids when I’m 70 and I want every surfer to enjoy this sport for a lifetime. That’s why I created Seki earplugs.” 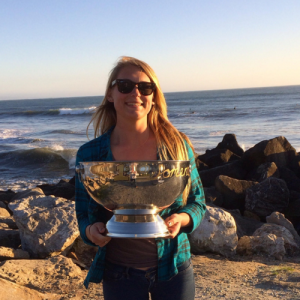 Luca Padua
Locally born and bred, in his third season out at Mavericks. From El Granada, California, USA